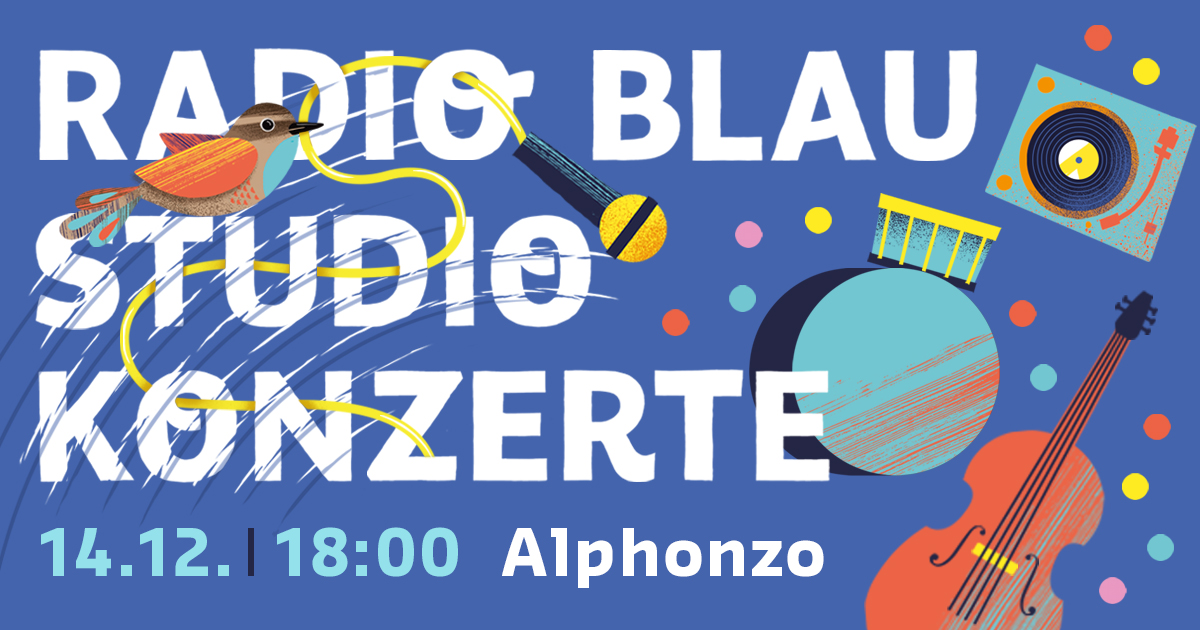 We would like to invite you to one final studio concert at Radio Blau this year on Saturday, December 14 at 6pm. You can expect an evening full of soulful and jazzy hip-hop sounds with Alphonzo and his “Analog Jazz”. So swing on by for the live performance or just follow along live via the frequencies of Radio Blau. Either way, admission is free. The rapper and multi-instrumentalist Alphonzo will perform a total of nine songs from his “Analog Slang” LP, written in collaboration with Figub Brazlevic, now with a live band and a new sound. The album itself was recorded in an old mansion in Spain.

Alphonzo has put his musical versatility on display with his “Analog Jazz” and two releases together with the Berlin-based producer Figub Brazlevic. “Analog Slang” appeared in May, featuring Alphonzo’s talent as a rap lyricist. “Analog Jazz” is a reinterpretation of several of album’s songs – reduced but not less atmospheric with more space for Alphonzo’s lyrics to resound. Alphonzo is also active in a variety of other groups, including a punk band.

The concerts are supported by the Sächsische Landesmedienanstalt.