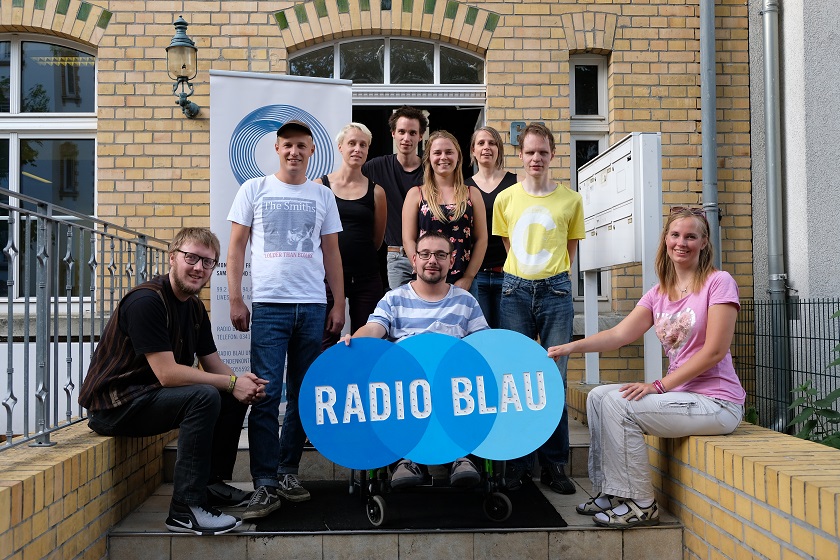 (Photo: Mahmoud Dabdoub) The Radio Inklusive team will be continuing its work and its development over the next 3 years thanks to support from “Aktion Mensch” charitable organization. The team, made up of people with and without handicaps, will soon be returning more frequently to the airwaves with new topics of its own as well as with projects together with other inclusive initiatives. A blog and further courses of training for the team are also in planning.

Radio-Verein e.V. has now handed the project over to its cooperative partners at Hörfunk- und Projektwerkstatt Leipzig e.V., in whose rooms the editorial staff has already been meeting since 2017. Last September, Radio Inklusive received a prize from the city of Leipzig for its achievements. Everyone is welcome to join the editorial team who would like to contribute to the future of the project or who would simply like to work together with people with disabilities on an equal footing. We meet Friday afternoons; if you are interested, please send an e-mail to anja@radioblau.de.